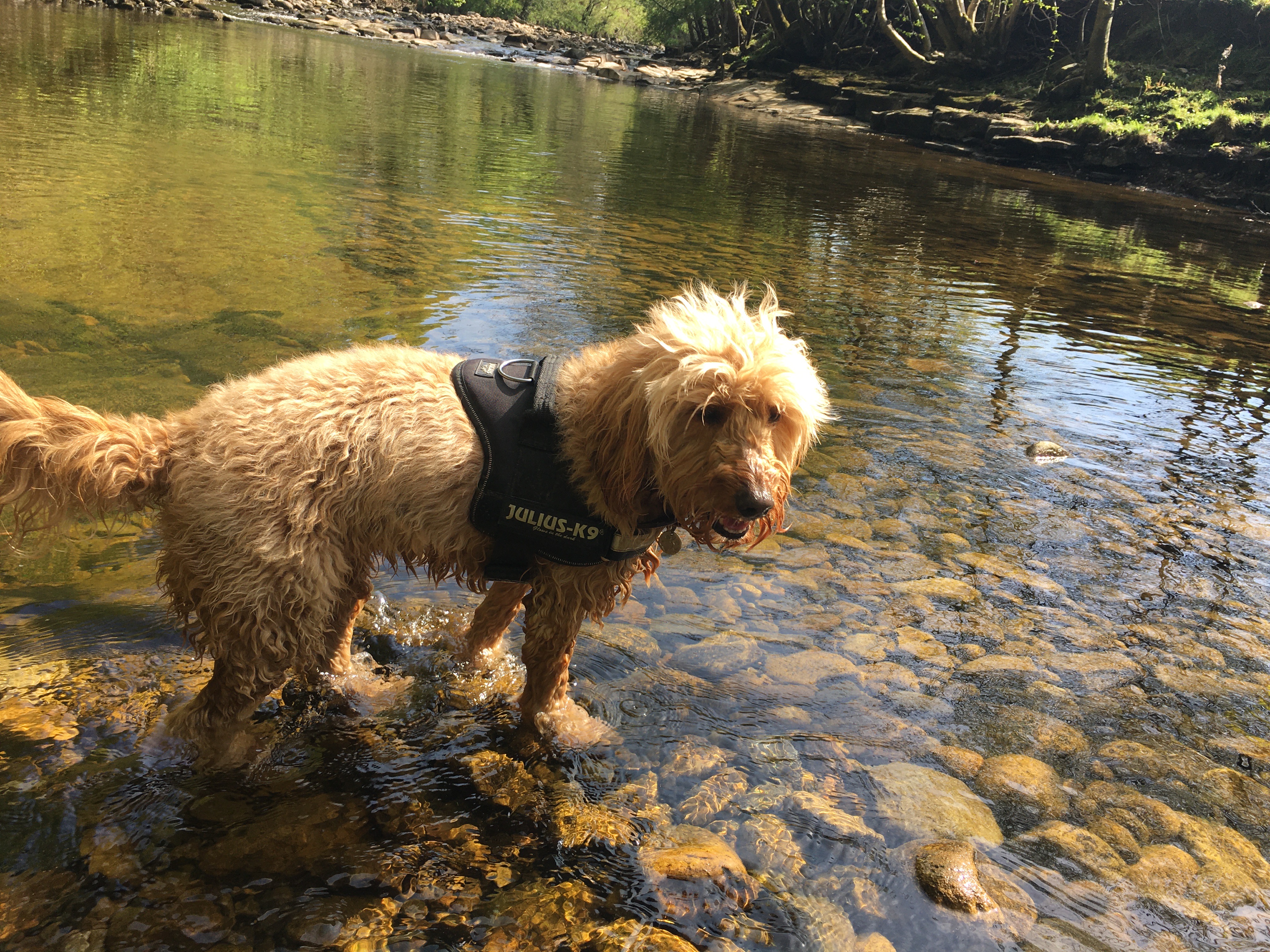 One of my most popular blog posts is ‘Dogs as Running Buddies‘ which I wrote over three years ago. Since then I’ve seen more and more runners getting dogs and enjoying their miles with them. It’s just wonderful to see. I still stand by all those reasons I like to run with my dog Honey and we’ve had lots of adventures running together. Running with a cockerpoo is fun and as a breed we definitely chose well for our family. Here are some of the many things I’ve learnt in over six years running with my dog:

Build up distances gradually. There’s been a couple of times when I’ve randomly decided to increase my distance and taken Honey on a long run without any build up to it. I know I shouldn’t do it myself as a runner but sometimes you just need that long run! I’ve realised part way round the route that it was too much for her and she’s started really slowing down. While she hasn’t had any issues with sore paws from too much running I’ve felt bad and realised it’s not fair. Better to leave her at home when that notion takes me.

Adjust food intake. I’d been doing regular miles over a few months and when I took her to get her haircut I suddenly realised she was looking a bit thin. I thought she’d been a bit demanding around food. She was obviously hungry. Running with your dog is a great way to keep them in shape (I always feel sad when I see overweight dogs struggling on a walk) BUT don’t forget to increase and decrease their food intake according to how much running you’re doing. I usually give her a treat after a long run and just add an extra scoop of food that evening.

Plan routes with access to water or carry it. I’m lucky where I live as there are plenty of rivers and streams but sometimes in the hot weather and on some of my routes, there isn’t much water about. Dogs get so hot and thirsty. I’m going to look at collapsible bowls which will be easier than cupping my hands and letting her drink from that. On a very hot day I don’t run with her.

Have a light lead. We have a lot of sheep round here. I try to avoid running near them but there are times when every field and path is full of them. I don’t trust Honey near sheep so have to put her on the lead. Running without a lead is obviously more fun for dogs but it’s important to get dogs used to running on the lead too. A light one fits easily into my pocket or round my wrist when I don’t need it.

Short hair is easier to manage. When I first got a cockerpooo I didn’t want to have her coat cut at all. I wanted a really hairy hound. However, I soon learned that long dog hair, mud and water is a nightmare. She was getting so matted which isn’t nice for her or me. It’s been much easier since I got her trimmed every eight weeks. Honestly, she has more haircuts than all the members of this house. It pays off though. I’ve also got her a coat which gives some protection to her underbelly. I throw it in the washing machine with my wet, muddy running kit.

Running helps nail care. Honey gets her nails clipped when she’s at the groomers but during the long lockdown when she was well overdue they were getting long. I remembered that a run on the tarmac files down nails pretty well. So while I know she likes to be on the trails, a road run has its uses!

Some dogs hate bangs. We live in an area where pheasant shooting goes on all the time during the shooting season. It didn’t used to bother Honey but as she’s got older it has affected her more and more. Fireworks night and the days around it this year were just dreadful. She was so stressed, shaking, panting and drooling for hours. She wouldn’t go out of the house for days and then only when we made her. We did what we could to make it better for her with music, a dark hidey hole behind the sofa etc. I’m going to look for medications for her I think. Now, any pop, not a bang, even from a very distant gun completely freaks her out. If she’s off the lead she runs home, across roads and everything so we’re having to be very careful. Others have told me their dogs have got worse as they’ve aged too.

Watch your running posture. When I’m road running, I try to have Honey on a short lead at my side between me and the hedge. I know she’s safe there and I can easily stand between her and a car if needed. She’s pretty good and the lead is often loose but sometimes she’s pulling ahead in front of me which means my right arm isn’t a useful part of my running mechanics. My upper body and shoulders are out of place too. Just be mindful of how running with your dog alters your posture which can have a knock-on effect to your running gait. If you’re doing lots of off road and want to have the dog on a lead, then have a look at canicross where you have a lead extending from your waist.

Invest in a good harness. I’ve tried many over the years. My friend recommended the Julius K9 harnesses and I haven’t looked back. They’re so easy to put on the dog, robust, easy to clean and adjust. They’re strong and I’m only on my second because I stood on the plastic buckle and snapped it. A good harness makes so much difference and is way better than a lead directly on the collar, especially if you have a dog that pulls.

Dogs are better runners than humans. Honey makes me laugh. There I am, out of breath and running as fast as my legs will go and there she is, literally trotting along beside me! It’s a good reminder that I have a lot further to go in my running journey. She’s always got a good bit left in the tank when she sees a rabbit or a squirrel and beats me in a sprint every time. By miles!

Honey is nearly eight now. I think she’s already starting to slow down a bit. I know there will come a time when she doesn’t want to or is unable to run with me. In the meantime I’m just enjoying the company, the motivated running partner and the adventures we have.

Tell me about your dog. Do you run together? 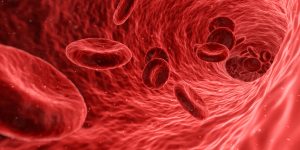 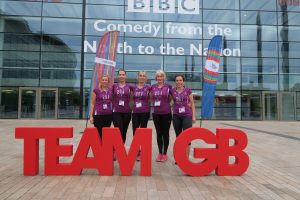 ‘Can you be at my house at 4.45am in your running gear? We’re going on BBC Breakfast in the morning.’ It’s no wonder my running ladies thought this was some… 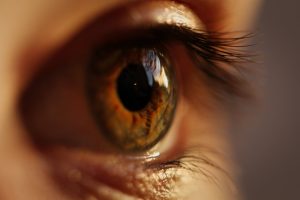 It’s common for people’s noses to run when they exercise (see my previous blog about this) but watery eyes is another niggle that many runners have to cope with. I’m… 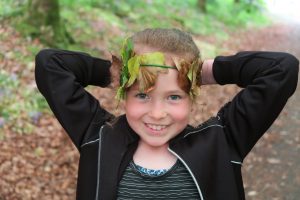 Keeping active when you have kids can be really hard. Carving out time for yourself to get out and do some exercise is a daily challenge. I often use the…

Do you find the first part of your run really hard? Does it take a while before you feel comfortable? That’s certainly the case for me. No matter what distance…