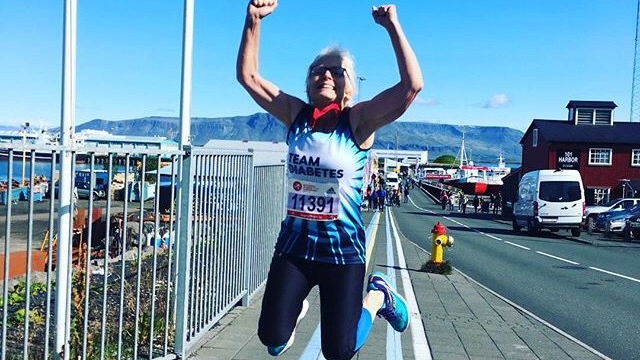 I’m bursting with excitement about this latest Active Women Interview. Jane quite literally turned her life around after she was diagnosed with Type 2 Diabetes. She was inactive and even light walking made her out of breath. Just look at her now! What an inspiration. Do read her story …
Tell us a bit about yourself Jane
I’m a single, 64 year old, proud mother of two grown sons and “Gwamsie” to three adorable grandchildren.  I’m also a dog mother to two French Bulldogs. We all live in Ontario, Canada and I live close to my younger son and his family in Canada’s capital city, Ottawa. My oldest son lives about an hour away in Kingston.
I have lots of interests. I love to cook and make and decorate cakes for family and friends. I love to spend time with my family and keep active with my grandchildren. I run on my own and with a group. I also walk, swim, go to the gym and exercise my dogs.
You can find me on Twitter and Instagram

At the end of April 2015, I was diagnosed with Type 2 Diabetes. It came as a shock to me as I went to the doctor because I couldn’t shake a cold and I felt very fatigued. I was extremely upset at the diagnosis and very scared.
Looking back it was the wake-up call I needed. After spending a few days trying to process the diagnosis and having a pity party, I decided to do what the doctor suggested I do which was eat right, lose weight and start walking.
At first, I could barely walk 10 minutes slowly without getting of breath but over the weeks and months I started to look forward to my walks. My dogs were well exercised for once and I started to feel much better, not just physically, but mentally too. At first the walks were slow and I kept them to short walks after meals as I knew that helped to lower blood sugar. One month after being diagnosed, I walked 5K in Ottawa Race Weekend and it darn near killed me! My son often ran in races and he is a marathoner too so he walked part way with me to cheer me on. My other son and family were there along the route cheering for me too. It took me 57 minutes but 5K is the same distance no matter what the time. I saw some runners from Team Diabetes Canada who were fit and strong and running along and I thought to myself…now that is what I want..I want to be fit like them….that was what sparked my interest in running…

What activities have you tried and what is your favourite?

Running is definitely my favourite. I love it, with walking a close second. Walking is definitely underrated! I have tried swimming which I like. I also go to the gym and I go to a couple of different classes. I regularly attend 20-20-20 which is 20 minutes of step, 20 minutes of core and 20 minutes of strength exercises. I was nervous to try as I hadn’t done any sort of those exercises since high school. It’s a love/hate thing, some of those exercises are so hard but I like to see what I can do now and I love the feeling when I have finished a class and given it my all. You don’t have to be super fit to go to most gym classes. I also have attended a tabata class called Rock Bottom. It’s an intense workout for 20 seconds with a small break and you do 4 sets like that of the same exercise before a slightly bigger rest and some different exercise that is just as intense. It sounds weird but it’s quite fun and I like getting to know other women in the class. They have a women’s only studio, pool and certain classes for women only at my gym which I just love. 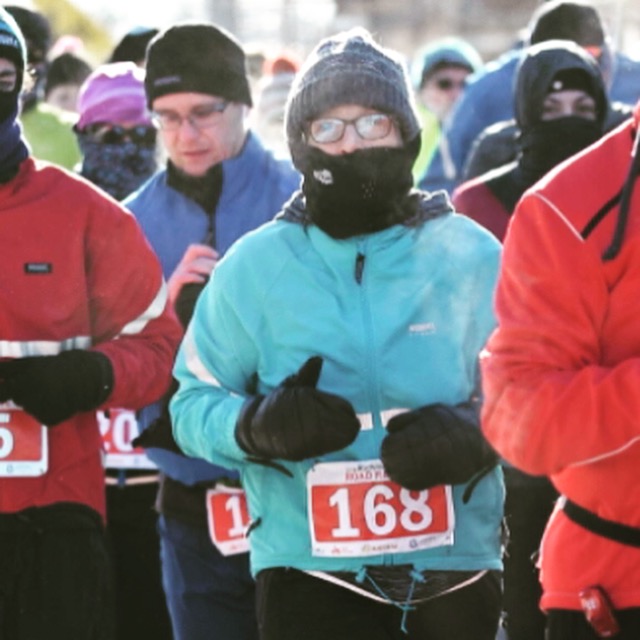 What has the biggest barrier you’ve had to overcome in your fitness journey?

The biggest barrier I have had to overcome was my own confidence to try anything other than walking, something I KNEW I could do. I didn’t want to try and fail. Now I don’t see anything to do with fitness a “fail”.
I didn’t tell anyone for weeks after I started running. It was about nine months into my diabetes diagnosis and I was approximately 60 lbs lighter at that point. The reason for that was I was unsure if I could do it. I was still feeling insecure about anything to do with fitness. In school I was an overweight child that was picked last for teams and “knew” I was no good at any sport. I was not highly coordinated and physical fitness was not encouraged in my family despite having medical parents. That feeling stayed with me till recently but now I definitely have the confidence to try. Learning to walk for one hour briskly was a confidence builder for me and the rest followed… slowly … but it definitely followed.

Negative comments have come from people who don’t know me well. They’ve thought that something is too hard for me or that I am too old. When I first started to exercise, I agreed with the person making the comment but would say, “Oh but I have to do this…doctor’s order!”
Now I just say, “OK but I am doing it. I want to and I can.” The negative comments are usually about running as some people think it’s a sport for the young. I have to say that most people have been super supportive! I get the occasional negative comment about being too thin but I say, “I have muscle and I weigh 135 lbs; it’s fine.” If you believe it’s fine in yourself, you are more likely not to attract negative comments. 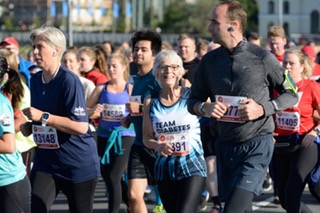 What goals have you set and have your reached any of them yet?

My first goal was to run 5K and I did this in May 2016, five months after I started running. I was so proud but it was 34C and they almost called off the entire race due to extreme heat. Everyone told me not to run but I ran slowly. I got some heat exhaustion and ended up vomiting in the medical tent. I got some great advice for better managing the heat when I run after that!  The doctor, who was a runner told me my running days were not over, I just had to learn to manage the heat.
My second goal was to train for 10K and to sign up to run for Team Diabetes Canada. I raised $6500 for Diabetes Canada and trained hard for the 10K which was in Iceland! As part of that training I ran a 10k in Toronto at the GoodLife Marathon in early May I was thrilled with my time of 1:02. It was a gorgeous course and thankfully cold! My son ran with me and  it was the best experience ever!
The second time I ran 10K was in August in Iceland with Team Diabetes and I beat my record by a few seconds! It was truly such a proud moment! To have raised lots of money for the very cause that affected my life. The friendships formed are very strong. Runners are a super supportive group!
This January, my goal is to complete a half marathon in my 64th year! I have signed up for two and am training with The Running Room (a well respected Canada-wide running program) I am running outside this winter which is a first as I had only run on the “dreadmill” in 2016 and 2017 until April when it was warm enough to go outside. This year I have run in -34C and had a ton of fun with my run group. I have run many other 5 and 10K events and one of my favourites was running for the Humane Society where people ran with their dogs. I couldn’t because my dogs have short legs and they aren’t well behaved 😉 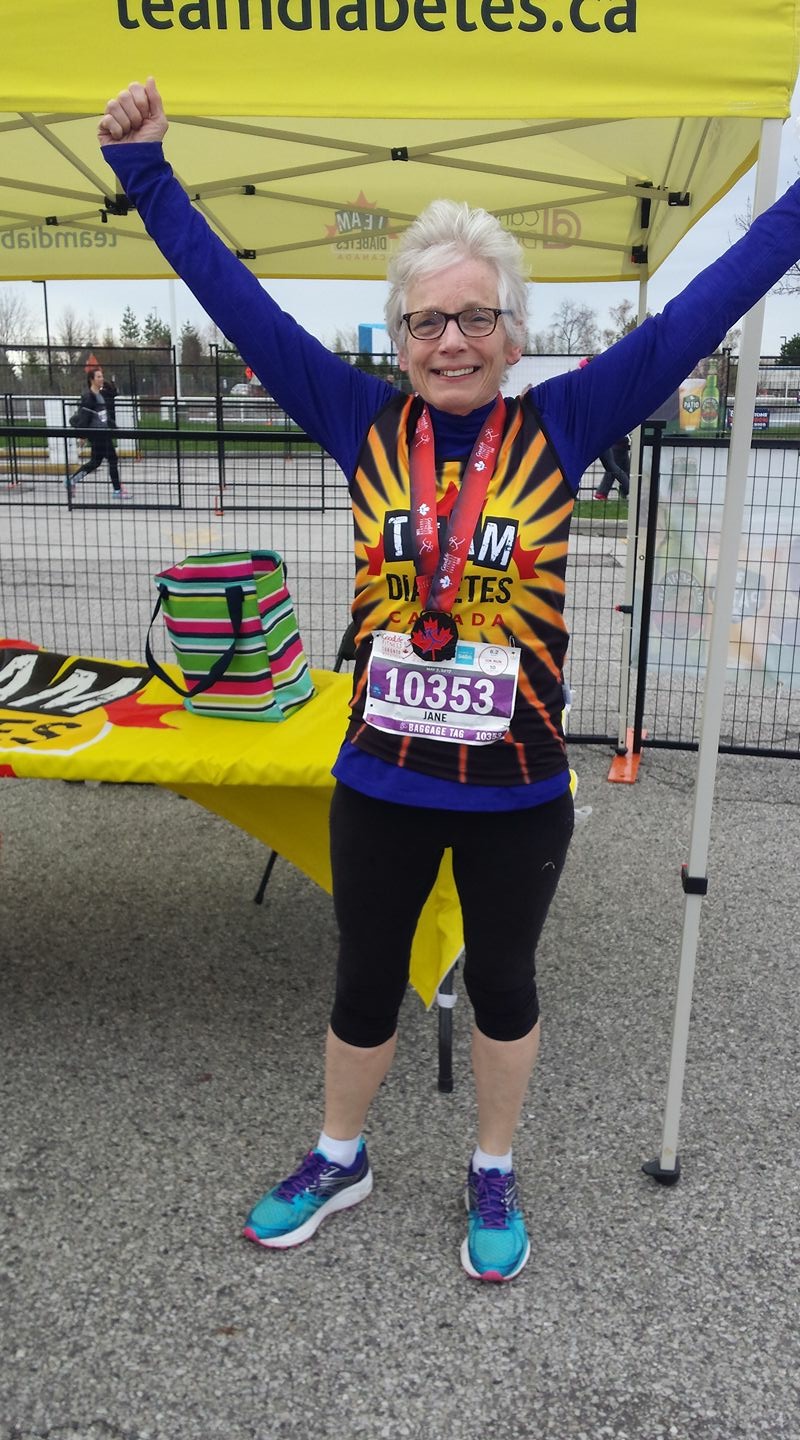 This is a big one…VERY big.
It’s given me back a great life. I feel great. I have a ton of energy and health-wise I have been taken off all my medications. My blood pressure, my lipids and my blood sugar have all normalized. My HbA1C ranges from 5.2-5.5 percent which is as normal as a person without diabetes. I have maintained that for almost two years.  I have lost 80 lbs just from eating right and exercising. I’m at a great weight and feel strong and confident. Running and all the exercise I do has given me so much confidence in myself, not just in the area of exercise but in all aspects of my life. I feel younger than I have in years. My only regret is that I didn’t start sooner. I sleep great and I eat very well (no fad diets) just all food groups with help on portions and calories etc from my dietician so I can optimize my eating for the activities I do!
I was full of aches and pains and it bothered me to walk at the start of my journey but now I feel like a million dollars!

I would say YES, YES, YES and be patient with yourself. Start small with something that you know you can achieve. I have seen so many people start something way too ambitious for their fitness level and they quit a few weeks later, there’s no point in that. Walking is superb, most of us do it to some degree and I highly recommend it. Walk till you can walk very briskly for an hour or more without pain and without undue fatigue. Then start with whatever else you want to try. I am pretty sure you will fall in love with walking and it’s something most of us can do. It will give you confidence as walking really fast is quite empowering after a lifetime of absolute minimum physical activity I felt I could move mountains when I learned to do that. Feel the joy of being outside and moving your body after years of inactivity.
Don’t listen to the negative voices you may have in your head or hear from other people. Find a way to embrace your fitness journey early on, for me it was seeing and experiencing the seasons outside and seeing that I was becoming fit, it’s addictive.I would love to lead a running clinic at some point and hope I can instill my love of running and fitness in other women. Believe you can do something and you will! 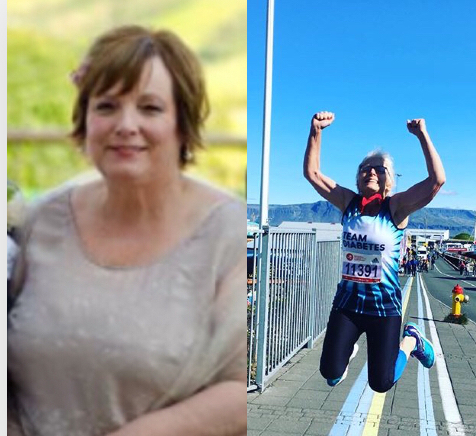 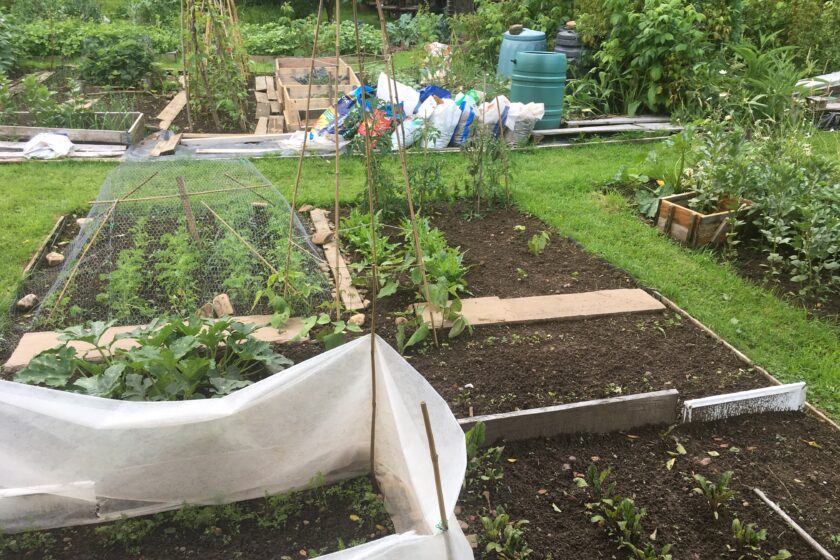 I blogged back in May about how we had taken a space on our village allotment during lockdown. It...