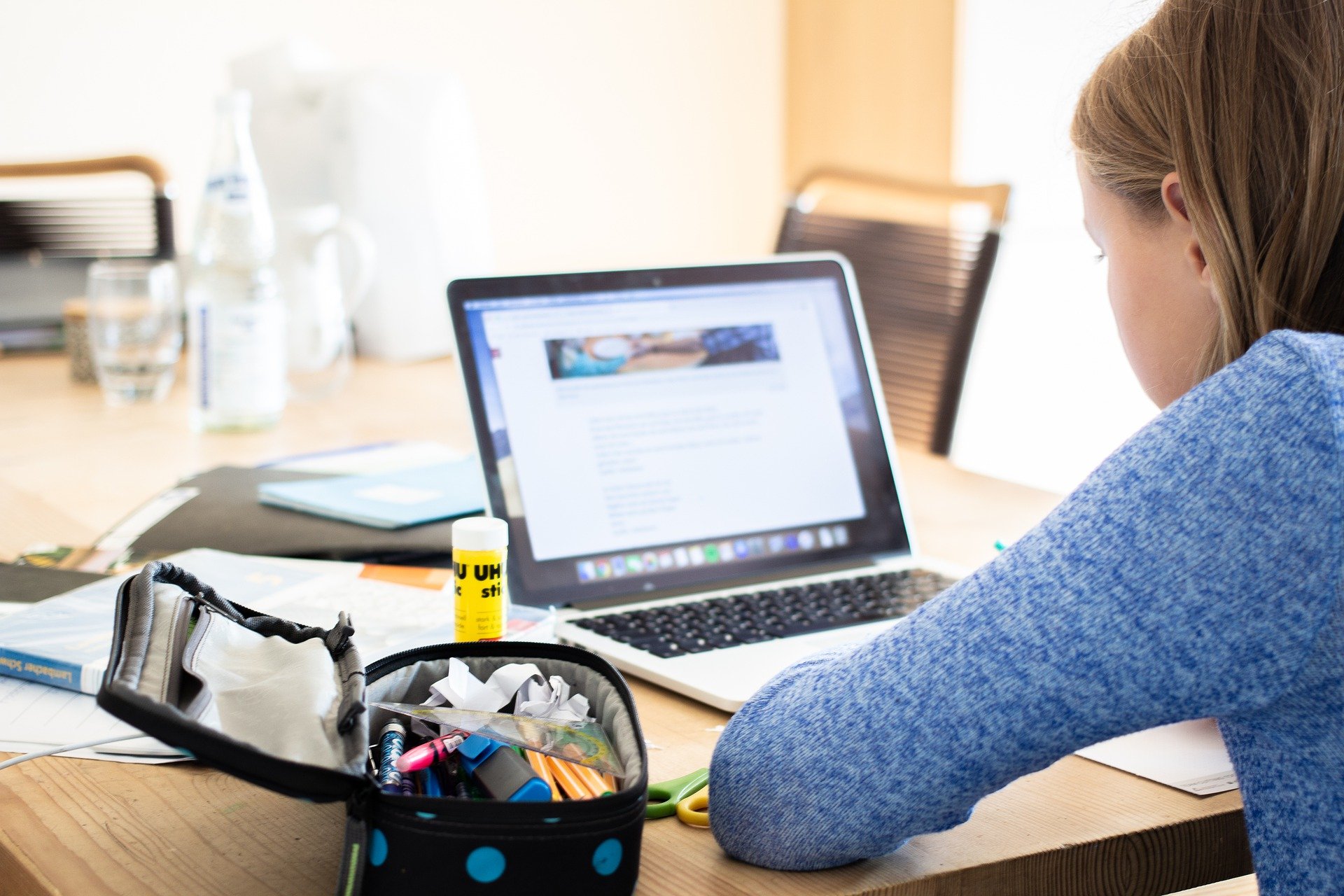 Here we go again with the homeschooling. Like everything in this pandemic it’s not easy but it has to be done. I’m a mother. I worry about my children. It’s natural. This particular concern is not so much about their education, their schools have been excellent from the very first school closure. No, this is a concern about their health. Actually, it’s a concern about the health of all school children. I’m worried. Children have become home workers and as someone who has worked at home for a couple of years now, I know how much effort it takes to do it healthily.

I have a special interest in physical activity for good health, I’m seeing first hand, the plummeting activity levels of my three homeschooling teens and I know this will impact their health both now and potentially in the future. You might not think this is a big issue and that they’ll soon get their fitness back once lockdown is over. I’m sure they will but the fact that they will have had pretty much half a year not at school has more subtle and longer term effects on their health. Simply being aware of these effects can help us to encourage our kids to have a slightly healthier day. Slightly healthier days for half a year add up to a much healthier year. A much healthier year can mean a much healthier future.

I’m slanting this piece towards teens because I have three of them at home (13, 15, 17) and I think the challenges of getting them to do what you suggest are greater than that of a younger child but many of the suggestions apply to all ages.

So, what exactly am I worried about and what can be done to change it?

Let’s start by looking at the Chief Medical Officers’ guidelines for physical activity for 5 to 18 year olds. The recommendations for children are:

The routine of the school day helps children to be healthy in ways they don’t realise and propels them towards these targets. My kids get the bus in to town (most days) and then have a ten-minute uphill walk up to school. Their rucksacks are usually extremely heavy. I struggle to even lift my sons’ bags sometimes! Their lessons vary in length but pre-pandemic, every 35 to 60 minutes they would get up and move around the school site between classes. Often that involved a bit of a run! Then of course there’s the formal P.E and games lessons which for my lot includes walking off site to access the playing fields. At lunch time my kids were often in clubs – my daughter in the dance studio, my sons doing circuits in the gym with the rowing club. Sometimes they’d stay for after school sports clubs too.

When you look at that day there’s an awful lot of movement. Moderate and vigorous activity, muscle strengthening and regular light activity to break up sedentary time. This doesn’t include out of school fitness hobbies which have obviously taken a hit too. This is their default movement pattern five days a week, every week in term time. School keeps them healthy.

Where are we now? Rolling out of bed five minutes before school starts. Stumbling over to the desk and logging in without a camera. Spending time messaging with friends between lessons or having a quick online gaming session at lunch. No games or P.E. No run to the bus. No heavy bags. Just sit, sit, sit.

The benefits of physical activity are widely known and have strong medical evidence behind them. These are the benefits I’m worried about children missing out on:

Bone health. By age 18 you have 90 per cent of your bone mass. You form another 10 percent by your late twenties and early thirties and then it starts falling. It’s vital to build as much bone mass as you can in your teens so you are starting from as high as place as possible when it begins to decline. Low bone mass later in life can result in osteoporosis, a condition where bones fracture easily leading to significant pain and disability. To be strengthened, bones need to be stressed by impact with the ground such as during running and jumping and by the muscles and tendons working against resistance and tugging on the bones to stimulates bone growth.

Muscle health. Muscles are vital to good health. The proteins called myokines that active muscles release help to reduce inflammation in the body which we know lowers the risk of major diseases such as heart disease, cancer and type 2 diabetes. Developing muscle fitness is important for children. Building pathways between the nerves and muscles is essential for good co-ordination and balance.

Healthy metabolism. Physical activity helps children to reach and maintain a healthy weight. Sedentary behaviour is linked to higher levels of obesity. Bodies were designed to move and when you sit for more than about 20 to 30 minutes your body slips into storage mood and the energy you consume is more likely to be stored as fat and gives you a higher risk of obesity and type 2 diabetes.

Brain health. Children who are physically active learn better and faster. Concentration and problem solving skills are higher after movement. Exercise has been shown to increase the size and activity of the hippocampus, the part of the brain that’s most involved with memory. The benefits decline in the weeks after activity stops. Exercise also helps sleep and sleep is so important for information processing and generally for growing bodies.

Social benefits. We’re all missing out on socialising but when it comes to teens I think the benefits that being active with others can bring are huge. There’s the motivation of others to take part in the first place – your mate’s going to badminton club so you’re persuaded to go too. Learning to work as a team. Developing sportsmanship. The encouragement to challenge and push yourself. The chit-chat and laughs you share with others. It’s much harder and less fun on your own.

Healthy habits. Physical activity levels decline as children get older and move into adolescence – particularly in girls. The habits we create as children carry through into what we are likely to do as adults. Creating and sticking to new behaviours is hard. Getting out of the habit of doing things makes it difficult to return to them. Being inactive is easier and takes less effort than being active. Inactive habits developed during lockdown could be hard to reverse.

Like most problems during this pandemic they can be solved if we accept where we are and then think creatively to find a way out of them. I know it’s tricky with teens, I have three. Getting them to do anything can be a struggle! I refuse to be a nag. I do however believe that children now are taught much more about healthy lifestyles at school and have more of an understanding of the importance of looking after their physical and mental health. I don’t know your situation by my children’s teachers are doing what they can to encourage them to move about and get outside.

I’ve worked at home for a couple of years now and have simply had to build healthy habits into my work day. It’s the little bits of movement that have been lost and it’s not too difficult to at least replace some of them. Here’s what I’m trying with my kids and I hope it might be useful to you too:

I know we’ve all got a lot on. This post is in no way intended to add to the guilt on parent’s shoulders at the moment. It’s simply to highlight what I think is an important topic that not everyone will be aware of. And to come up with some ideas as to how we can overcome it. I’m struggling with it as much as the next parent but little changes really do add up. Some activity is much better than none. Any tips and ideas from you are very welcome. Perhaps there are some experts in the best way to communicate with teenagers that could give a valuable addition to this topic?

At the end of the day we’re just doing the best we can and that’s enough.

Literally just after I published this blog I saw the publication of the Active Lives Children and Young People Survey. Here’s the link if you want to have a read about the decline in activity levels and challenges faced as well as some of the great initiatives to increase activity levels. 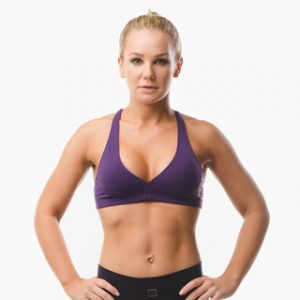 This isn’t a sponsored post. Bloggers are generally very open and transparent about how they’ve come by the products they’re reviewing. (look out for #sponsored or the more subtle #sp)…

Anxiety is very common. In 2013 there were more than 8 million cases of anxiety in the UK and with the Covid-19 pandemic, there are certainly many more this year…. 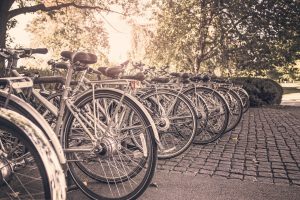 We’re all so busy. We try to cram as much as we can into every day. Our to-do lists are never ending. Work, children, family. It’s no wonder that one… 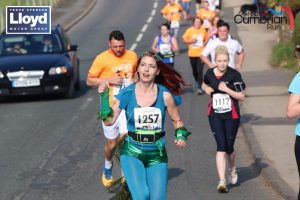 Welcome to my new ‘Active Women‘ interview series. I’m passionate about helping inactive people to become active. There are just so many barriers stopping women from making exercise part of… 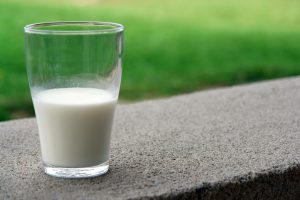 Heartburn when running is a fairly common complaint. You might get a bad taste in your mouth, burning or discomfort behind your breast bone or simply keep burping as you…